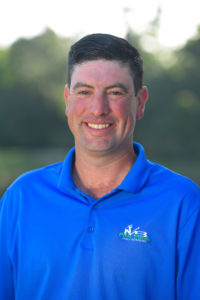 Born and raised in Lima, Ohio, Matt Wilkes has been playing golf since he was three years old. Throughout the years, Matt decided to take his passion for the game and turn it into a profession.

In 1999, Matt enrolled at the Golf Academy of America, where he studied the business of golf. He focused on two main areas: Teaching and Clubfitting and Repair. In the years following his 2001 graduation, Matt has been employed by Shingle Creek and Grand Cypress; two of the top golf facilities in the Orlando area. He has also trained under some of the industry’s leading PGA of America club professionals and best golf instructors in the country such as, Brad Brewer, Fred Griffin, and David Leadbetter.

In 2005, Matt became a Class A, PGA member and just 3 years later, joined the staff at Mike Bender Golf Academy. With Matt’s expertise in club fitting, he was able to create the club fitting, Sales, and Repair department within the Academy. He enjoys working with players of all skill levels from brand new golfers, juniors, ladies to aspiring tour players. It is because of his passion to work with any and all players, that Matt to won the 2018 North Florida PGA East Central Chapter Teacher of the Year award.