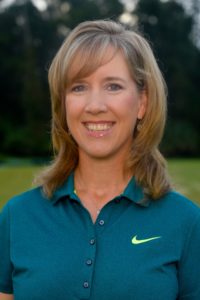 Cheryl Anderson brings a unique combination of teaching and playing skills to the Mike Bender Golf Academy in Lake Mary, FL. She is currently one of Golf Digest’s 50 Best Teachers in America. GOLF Magazine has recognized her as one of America’s Top 100 Teachers since 2013. She is one of the LPGA’s Top 50 Teachers and was recognized in 2006 as the LPGA National Teacher of the Year.

A native of Connecticut, Cheryl taught in the Metropolitan New York area from 1992-2007. She was recognized by the Metropolitan PGA Section in 2007 as the Teacher of the Year and was one of the first instructors in the world to be certified as a golf coach by the Certified Golf Coaches Association. More recently, Anderson was named the 2020 North Florida PGA Section Teacher of the Year.

Cheryl has taught several top 100 juniors in the country including a number one ranked junior girl whom she had taught for nearly a decade. She also coached the Lake Mary Prep Girls Golf team to two state championship victories in Florida including a national record 14-under-par performance in an 18-hole event.

Cheryl has been Director of Instruction at the Mike Bender Golf Academy since 2008. She enjoys working with every level of golfer from beginners to professionals, and often, all on the same day.

Anderson also is one of the best woman teaching professional players ever. In 2004, she earned the Met PGA Section Womens’ Player of the Year award for a record fifth consecutive season.

More recently she tied for 17th at the 2021 U.S. Senior Women’s Open at Brooklawn C.C. in Fairfield, CT on rounds of 74-76-71-72. Her 16 birdies for the week were second to only the championship’s winner Annika Sorenstam.

Another professional highlight for Anderson was being named The Journal-News Suburban Golfer Magazine’s “Golfer of the Year” in 2001. Her season that year included making the cut at the LPGA Tour’s Betsy King Classic in Pennsylvania (the only teaching professional to make a cut on the LPGA Tour that season) and winning her first Metropolitan Woman’s Open.

A graduate of Rutgers University, Anderson competed on the golf team for four years, including two as team captain. Before turning professional in 1992, she qualified for the U.S. Women’s Amateur and U.S. Women’s Public Links Championships.

Anderson is a Class A member of both the LPGA and PGA of America. She has authored numerous instruction articles in all of the major golf publications including Golf Digest, Met Golfer Magazine and Golf Digest Woman Magazine. Her first book Teach Yourself Visually Golf was published in 2007. She also has appeared multiple times on Golf Channel’s instruction programs including The Golf Fix and Swing Expedition.

“Hi Cheryl,
Couldn’t wait to share my accomplishment! Ladies day event – so I won with a low net of 65 and gross of 81, my lowest score ever!  I have NEVER HAD 6 pars in a row before.”   – Debbie Lurie

“Cheryl, I played 9 holes with one of my golfing buddies today and he said he couldn’t believe how much my golf swing had changed and also said I was hitting the ball 30% further than I had been.   I was just doing what you suggested and brought a copy of your written instructions to the course with me. ”
– Grant

“Cheryl took me from a 10 handicap to a 2. For years I struggled to improve – hitting balls and watching videos, but her one-on-one coaching was the answer. Thanks to Cheryl, I not only love the game on a whole new level, but I truly love the process of working to get better!

“It was a pleasure meeting you and working with you today.  You are an amazing coach and unlike any other I have worked with.  My friend said it was the best I had hit in a long time and he has seen me hit a lot of balls. Todays practice was the best session I have ever had.   So good to have structure and drills.” Ronald Hanna
“In addition to being an LPGA Teacher of the Year and named among the top teaching professionals in the country, Cheryl is wonderful person—fun to be around and a teacher who works with your abilities rather than one who wants to train you in a pre-determined mold. As a result, she will not only get your game better, she will instill and inspire a renewed zest for the game.”
– Larry Burgess
“Our son has worked with Cheryl Anderson since he was in the 2nd grade.  Not only has she taught him all aspects of the game, but she’s been a wonderful roll model, mentor, college advisor, and most of all lifelong friend. Over the years, we see how Cheryl has continued to work and learn to improve at her craft. Our son has been very blessed to have a coach that goes above and beyond for him, like Cheryl.”
– Debbie Driscoll
“I cut 3+ off my H.I. since I’ve seen you. I’m looking at that as a lot of improvement in 9 months or so. My #1 goal was to DRASTICALLY improve my driving the ball. I’ve accomplished that and am as shocked as anyone. I’m hitting 12 fairways a day without much thought. I’ve had days where I hit all 14. A year ago I wanted to throw a party if I hit 8! I never would have improved this much without your help. Honestly you’re 100% responsible for it.”
–  Mick Jones
“I just wanted you to know what a GREAT teacher you are.​ We clearly are not top juniors or LPGA players, but your teaching applies to us as well.”

I wanted to let you know that I was able to get a couple rounds of golf in after our lesson and my final score before leaving town was an 88!! My lowest score ever before our lesson was a 92 (I usually score in the high 90s.) Thank you so much for all of the coaching! – Angela Marciniak

” I cant tell you how much I appreciate your patience, persistence and insistence on doing it your way.   My only regret is not hooking up with you years ago.   Better late than never.” – Ron Hanna

Just a note to say how appreciative I am for your work with me on my golf game. I am in awe of your knowledge, communication skills and effectiveness…..best ever! – John Parker 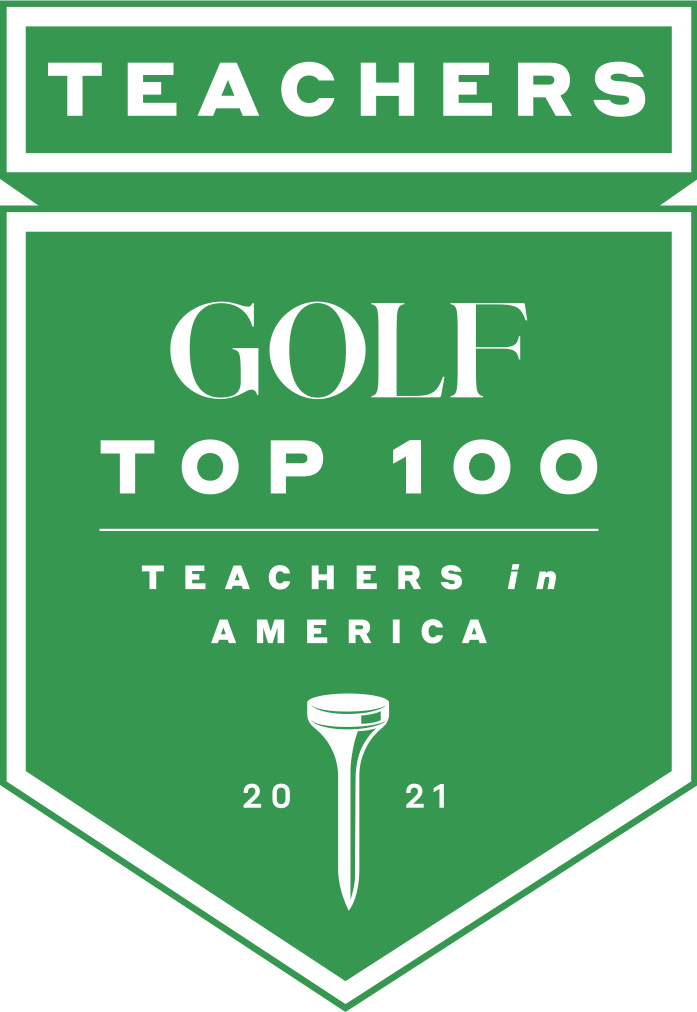 Tip #2: Get comfortable taking a divot

Tip #4: How to stick your finish

Tip #6: Iron out your downswing

Click Here to View Cheryl’s Video Tip on the Downswing