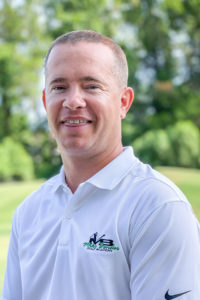 The Mike Bender Golf Academy is very pleased to announce that Mr. Kipp Keuter has joined the staff at MBGA as a full-time coach in June 2022! Originally from the state of Iowa, Kipp graduated from Iowa State University as a double major in Business Management and Logistics. Since college, Kipp has worked at some top-ranked world class golf facilities throughout the world and has been coaching for over 10 years now.

To better understand Kipp’s background and where he has come from, here are just a few of his career achievements and some of his professional mentors thus far:

Coach Kipp believes that each student needs to understand themselves and their swing, commit completely to the solution and enjoy the improvement process. If these ingredients are in place, anyone with the proper guidance can reach their golfing goals whether that is playing professionally, lowering their current handicap and/or just having a ton of fun on the golf course. Kipp enjoys working with players of all abilities from the High-Performance Juniors to the Weekend Golfer, or just anyone looking to pick up the game and have fun!

Coach Kipp has a deep passion for coaching and will be a key asset to helping our students achieve their golfing goals here at the Mike Bender Golf Academy!